So the rumours were mostly true. Nikon released the D4 today, and it meets all expectations. What an amazing camera! 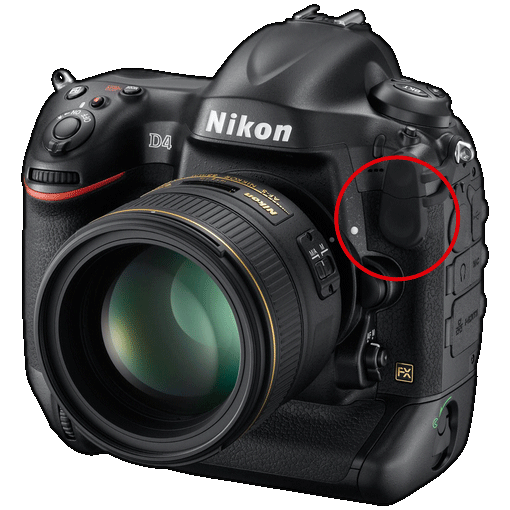 I won’t go over the spec’s again, you can read those on dpreview.com, engadget or any other gear-site. One thing you might not read much about on other sites, are its GPS capabilities:

The Nikon D4 does not have built-in GPS. This might be unbelievable to some people, but I completely understand Nikon’s decision. Yes, there are plenty of other cameras that have built-in GPS, and that cost a fraction of the D4. But before I’ll try to give you some pointers as to why Nikon might have decided against GPS functionality. But first, the good news:

Our Unleashed D200+ is compatible with the Nikon D4

That means that you’ll have the possibility of adding what some people call “the next best thing to built-in GPS”, but we consider it to be even better than built-in GPS: our tiny Bluetooth Module on the camera, connected wirelessly to an external GPS of your choice. You can choose the GPS you prefer, whether it’s the cheapest you can find, or a sub-meter Trimble or Leica GPS that may well be worth more that the camera itself. And the greatest advantage: you can easily upgrade that GPS without having to upgrade the whole system.

So that is one of the key reasons why I wouldn’t want my high-end camera to have GPS built-in. But back to Nikon and their reasons not to build it in: Many people argue that it’s a feature that only a small portion of photographers would want that feature, but everyone would have to pay for it, so the additional cost is not feasible for features 90% of the customers won’t use. I don’t believe it! If that were true, there would never be any new features in new cameras, and there would certainly be no Ethernet port on the D4 – would there? Are you going to use that?

I believe they had technical reasons, which I’ve explained many times before: The D4 is a professional camera. It is aimed at professionals, who extreme demands on their equipment. They will not accept a half-baked solution, that works “most of the time” or is “relatively accurate”. No, they demand perfect solutions, and if they get anything else, you’ll be sure to hear a lot of complaints. Fact is: GPS receivers that are any good, require an extremely sensitive Antenna. The problem is that a camera as complex as the D4 has a lot of electronics that will definitely generate a lot of noise. Electronics manufacturers have problems getting those noise levels low enough to pass tests for FCC, CE or other regulatory certification. Obviously, this noise will interfere with that extremely sensitive Antenna. Until they figure out a solution to that problem, they’ll either need to sacrifice sensitivity of the antenna, or make compromises in other parts of the camera. Or, they get their best engineers to work on this problem… But then again, who is going to work on the core features of the next cameras?

They’ll figure it out eventually, but it’s not as easy as it seems to everyone who’s gotten used to really fast, fairly precise GPS on their iPhone. Technically, that’s almost entirely thanks to wifi and cellular network connectivity. The GPS is just refining that position. If you don’t believe me, try getting a position in a place where you don’t have any reception, and there’s no wifi nearby. There’s as good as no chance that will work.

Anyway, now that the D4 is announced, and we’ll confirm that our Unleashed will work, when we’ll test it at CES in Las Vegas in a few days, make use of our special offer, and get a free GPS when you purchase an Unleashed D200+.